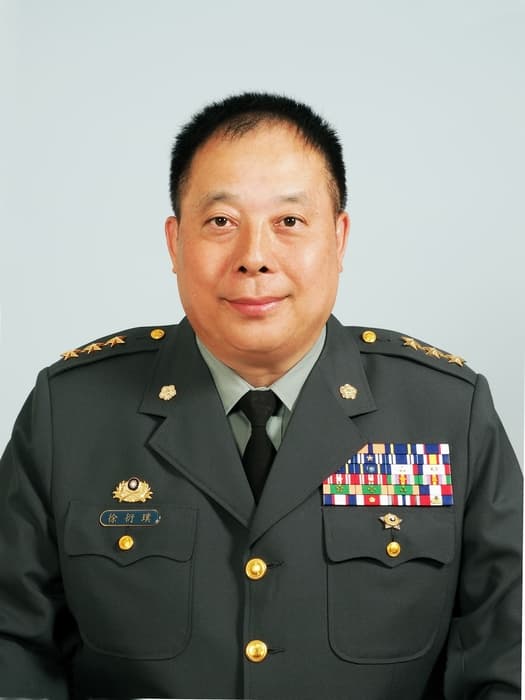 Biography of the Chief of the ROC Army Gen. Hsu, Yen-pu

General Hsu was born in 1961 in New Taipei City, Taiwan. He graduated from ROC Military Academy in 1983, and was commissioned as a Field Artillery Officer. General Hsu has completed Field Artillery Captain Career Course, Army Command and General Staff College, and War College in sequence, and he studied hard and broadly in this period. He also holds a Master degree in Information Management from Yuan-Ze University.
General Hsu is educated, responsible, and pragmatic. Prior to assuming his current position, General Hsu had served as the Commander of 21st Artillery Command, the Commander of Lanyang Area Command, Personnel Management Director for Personnel (J1), Joint Staff, the Chief of Staff of 10th Army Command, the Deputy Chief of Staff of the ROC Army, the Deputy Chief of the General Staff for Personnel, the Commander of 6th Army Command, Vice Minister of MND, and Vice Chief of the General Staff (Executive).
Throughout his previous assignments, General Hsu upheld the military traits of loyalty and integrity, and made remarkable achievement in pushing forward the force build-up and combat readiness, the implementation of the quality of life for service members, and the responses to drought and COVID-19 pandemic. General Hsu was appointed as the Chief of the ROC Army on July 1st, 2021.